How I Increased My Energy by 10x in 3 Days 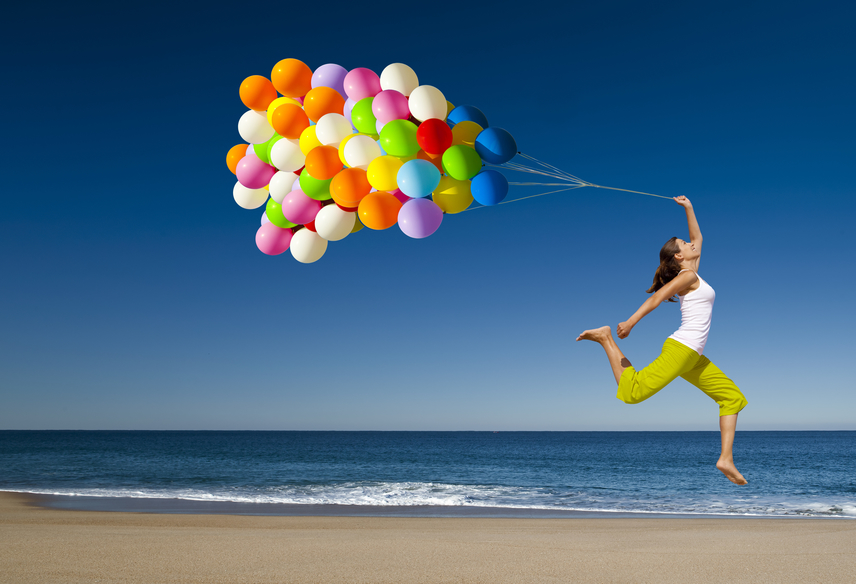 After seeing this video about a family in Sweden eating only organic for 2 weeks and the impact on their bodies, I decided to try it out myself. I eat healthier than most people I know, but there are little things about my health that “bother” me.

One of my biggest issues is that I wake up tired. Even after 8 hours sleep! Something feels incredibly wrong about that.

During the last year of my corporate career, I was very stressed and working crazy hours. I became addicted to coffee with Italian Sweet Cream creamer (yum!).

I had been curious to see what an impact that much caffeine and all the preservatives and sugar of the creamer were doing to my body.

My second issue is that I get headaches regularly. I’ve gotten migraines since I was 19. I was curious if I could somehow eliminate or reduce the number of headaches I get if I took my nutrition to the next level.

At the time I had watched the video on organics, I had been fighting a headache for 8 days! I had enough and decided to break out the big guns…

The first thing I did was get a colonic. I have never done anything like that before, but more and more, I keep reading about them and the supposed health benefits.

There is some debate over the practice and many traditional doctors don’t believe it’s necessary. It washes out the good and the bad bacteria, so you have to replenish the good bacteria after the process.

Kris Carr is a big proponent of it and recommends it in her book, Crazy Sexy Diet. (Highly recommend the book! You won’t look at food the same way again!)

Colonics have been used for centuries and is said to help with all kinds of ailments…headaches and migraines being one of them.

After 8 days with a throbbing headache, I was willing to do just about anything!

My logical brain said this makes sense… We consume preservatives and chemicals on a regular basis. If it can give creamer the shelf life of a year, then what is it doing to my body?! When your intestines are functioning optimally, you’ll better absorb nutrients.

My ass on the other hand was in total disagreement. You wanna do what?…What are you thinking?!

My pounding head won the argument and I went through with it.

It wasn’t nearly as bad as I expected! I had a visual of “downward dog”, but it was nothing like that. I’ll spare you the details, but overall, it’s worth a try.

Do your research and find a great facility with high recommendations.

I felt fine afterwards and I’m sure a big part of it is that I live a healthy lifestyle. I’m sure someone who abuses their body would have a night and day experience getting a colonic.

Did it make me healthier? Not sure. My headache did go away, but ultimately, I think my headache was due to the muscles in my neck.

I’ve never climbed on the Cleanse/Detox bandwagon. I believe that you can do it all with your nutrition.

But since I went to the extreme of the power wash, I figured I’d keep going and try it out as I know that many of my clients do them and want them. I figured it was research for my business!

I chose the Metagenics Clear Change program. It was simple and the products provided were high in vitamins, minerals, and amino acids. I always read nutrition labels and nothing seemed out of the ordinary.

I had eliminated alcohol for 2 weeks…half before the detox and the other half during the detox.  Since I had a headache, I didn’t feel like drinking, so it kind of worked out that way.

I also eliminated all sugar and limited my caffeine to 1 cup of green tea in the morning. I only ate organic foods and gradually eliminated items during the detox as directed by the program.

By Day 3, I felt AMAZING! I began thinking so clearly and had a ton of energy! My mood improved tremendously and I was sleeping like a baby!

I couldn’t believe how quickly I could turn things around and increase my energy exponentially.

My cravings became just about non-existent. There was one point mid-way where I wanted coffee with creamer soooo bad, but I powered through and didn’t do it. Other than the one time, I didn’t want it at all.

My stomach was really flat in the mornings when I’d wake up. Not so much later in the day because of all the fiber in the greens I was eating.

I did lose a few pounds, but it wasn’t about the weight loss. I think a big part of that is I had energy to have great workouts at the same time I was eating well.

For the first time in a VERY long time, I would wake up excited and energetic for my day.

Was it tough? At times. I eat very healthy in general, so it wasn’t too far off of my norm. I was cooking more often though. When I was on the days where it was most restrictive (i.e. fish and green veggies), I didn’t really want to cheat…I simply wanted chicken or grains. You eat as much as you want, so I wasn’t deprived.

As fate would have it, I had a big party to go to after the detox and had family come visit, so I went from one extreme to another with my eating.

When I had that first cup of coffee with creamer, I discovered that it didn’t taste as good as I remembered. The creamer left a film in my mouth that I had never noticed before!

Immediately, I had an instant belly roll and I can already feel that I’m more sluggish. I attribute that to the sugar I’ve consumed. I now find that I want coffee again in the mornings because I’m sluggish and not sleeping as well.

My cravings are out of control now. I want sweets!

I’m still unsure about how much the products contributed to the benefits. Because I absolutely loved how I felt, I am going to go back to that way of eating. This time without the expensive detox products. I’ll be sure to keep you posted!

I figure if I can eat like this during the week, I’ll have much more productive weeks and then I can let loose on the weekends if I choose to.

I have to consider the affects of increased cravings though. Life is a balancing act and I have to decide which is more important to me.

I think it’s crucial for people to pay attention to what they eat and how it makes them feel. Do you have to eliminate anything forever? Nah. But it allows you to make an informed decision as to whether or not you want to feel that way.

If you have a big event where you want to be on your A Game, then it’s worth exploring and buckling down with what you consume. You have to learn your own way of what works for your body and how to increase energy in a way that works for you.

Remember…food is fuel. What are you fueling your beautiful machine with? (Tweet that!)

Do you ever wonder what something you’re eating is really doing to your body? Are you willing to eliminate it for a week or two to see how different you feel? Have you tried a cleanse or detox? Tell me about it in the comments below.

(Note: If you want to read the full report on the research conducted by the Swedish Environmental Institute IVL, you can do so here.)