Do You Want to Spice Up Your Nights and Satisfy Your Sweet Tooth? 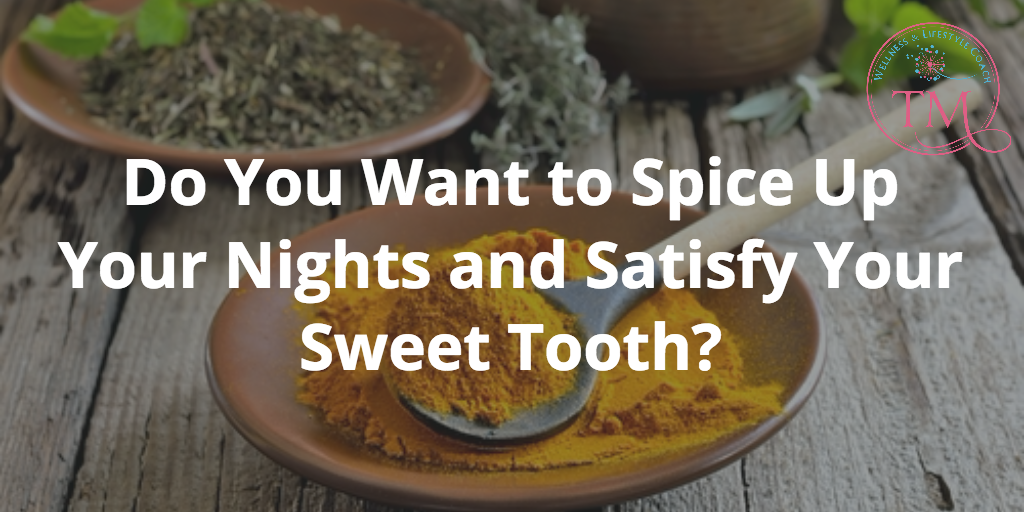 I’ve been wanting to try turmeric tea or golden milk for some time now. I started adding turmeric to my smoothies a while ago, but this tea seems like the real powerhouse.

Seems that everywhere I turned, I was reading about the health benefits of turmeric. It’s called the Golden Goddess in Ayurvedic medicine and has been used for thousands of years due to it’s medicinal magic.

In ancient India, they believed so strongly in the healing powers of turmeric they included it in sacred ceremonies to grant prosperity and even cleanse the chakras.

In modern day, turmeric is most known for being an anti-inflammatory. For that reason alone, it was at the top of my list to check out!

From female reproductive health to scorpion stings, you’d think this is the next best thing since, well, coconut oil. It always makes you doubt an ingredient when they make it seem like it can do everything from reduce cancer to stimulating the economy.

My philosophy is that if it’s natural and doesn’t conflict with other things, like medications, then I’ll give it a shot. Worst case, I make my meals and drinks a little more flavorful!

Here’s a few highlights of some of the benefits of turmeric for common issues:

For a detailed history and many more benefits, check out this description by the Ayurveda College and this simplified list from Authority Nutrition.

Get the Best Bang for Your Buck

To get the full benefits of turmeric, you should always pair it with black pepper. The active ingredient in turmeric is curcumin. That’s where the magic happens!

Your body will absorb the curcumin 2000% better when it’s consumed with black pepper. Don’t waste your money and your time taking turmeric for the health benefits if you don’t take it with the black pepper.

You can also buy turmeric in bulk at a health food store. I bought about a cup worth for 80 cents. I would have spent about $4 if I had bought a traditional spice bottle!

I started making this golden milk in the evenings on cold nights. The warm, comfort of the mug and the flavorful sweetness helped curb any late night sweet cravings that I was having.

If you like chai, you’ll be sure to love this recipe! Don’t be afraid of the black pepper…you won’t even notice. It’s actually a nice compliment to the flavor and gives it a little zing.

The raw honey has a plethora of health benefits as well. It’s full of antioxidants, boosts your immune system, and helps decrease pollen allergies due to the pollen in the honey. Think of it as a flu shot for allergies…a little exposure to the pollen so your body can build up a defense against it!

Just a warning…turmeric does STAIN…so be careful. It turned my tupperware a nice yellow tint. 🙂 Be sure to wash your pots and utensils right away.

This recipe has two simple steps: make the turmeric paste (which can be stored in your refrigerator for several days), then prepare the milk. MAKE THE PASTE. Add the water and turmeric to a small pot over medium heat. Gently stir the water and turmeric into a paste of medium consistency. If the paste becomes too dry, add a little water. Cook the paste for about 7 to 10 minutes. It should be a slightly darker brown color than when you started. Store in a glass container in your refrigerate to avoid permanent staining.

MAKE THE MILK. Add the paste, black pepper, and milk to a pot over medium heat. Stir slowly until the milk is warm, not boiling. Add the cinnamon and vanilla, if desired. Serve with the raw honey.

Try the recipe above and let me know what you think! Journal about your ailments and see if consistently adding turmeric into your day makes a difference. And most of all…ENJOY!

If you like learning about these little tweaks you can do for BIG impact on your health, be sure to join my next Clean Eating Kickoff program!